It's always thrilling to see your work within the pages of a beautiful, glossy magazine, and we were thrilled with our feature in Mingle Magazine's Spring issue- released yesterday! If you are not familiar with Mingle, you should definitely check it out- it is a source of gorgeous inspiration and ideas! Since we haven't highlighted the party that was featured in the Mingle issue, I have decided to share it with you here, although I've added a few extra photos to fill out the details. Enjoy!

How do you take the “scary” out of Halloween in order to create a kid-friendly party, while making it a “teaching moment” all at the same time? With a Retro-inspired “Mad Science Party”, of course! When our good friend and accomplished teacher, Carrie, approached us about the design of this party, she knew she wanted to highlight the science part of Mad Science, which she knew would appeal to boys and girls alike. The brainstorming began and in 8 short weeks, we had all of the elements we needed to begin to make her Mad Science dreams a reality! We drew inspiration from a color palette of hot pink, biohazard yellow, black and silver.  The design came to life when we assembled large, but simple mobiles to represent molecular structures. Styrofoam balls painted in hot pink, neon yellow and black were strung together with silver wood dowels and hung from the ceiling. We pre-set a kids’ table with a black linen, a runner made from hot pink felt, yellow plates,  and silver plastic utensils. Beakers of varying sizes, filled with pink and yellow colored water, bubbled over with dry ice. In order to make sure that Halloween wasn’t completely lost within the theme, we spray painted pumpkins and gourds in metallic silver, which gave them an interesting, almost scientific look! The kids were excited to open their individual Biohazard lunchboxes- packed in a gable box and filled with all kinds of science-silly named foods, like “Newton’s Apple” (for the apples, of course.) One of the biggest conversation pieces, was the dessert table that was baked entirely by Carrie and her Mom. We constructed a near-replica of the Table of Elements out of frosted sugar cookies, while molecular-inspired rice crispy pops were displayed in a candy filled vase. Even though the party was geared toward the kids, the adults were not forgotten, and sips of bubbly and H2O were generously passed between the costumed guests. As a fun and thoughtful take-away gift, we assembled favors of test tubes filled with candy, lollipops, popcorn and neon bracelets- wrapped up in a funky and fun yellow rubber glove. Personalized Biohazard tags made each child feel special, as they sought out their gift before leaving. We wholeheartedly believe that Love is in the details, and the details at this adorable party were plentiful! So many of our details were budget-friendly ideas chalked full of supplies we could get at local craft stores. For the items that weren’t available locally, we found others, just a click away, on the internet. Authentic beakers, test tubes, petri dishes and magnifying glasses peppered our displays and dry ice from a party super store kept everything mystical and bubbly. We even took the time to hand stitch some pillows to match our biohazard stickers & tags, so that guests were comfortable as they lounged about. It’s our belief that if your guests feel pampered and comfortable, your party will be a success! This party was a true collaboration of minds and the result was enjoyed by all. While “Mad Science” isn’t scary, it is just spooky enough to make for the perfect setting for a Kids’ Halloween party. The kids loved all of the experiments and treats, while the adults enjoyed the attention to details and the love and care with which it was all presented. It seems that it’s hard to completely shake the Mad Science mentality once you’ve begun…our brains are already furiously brewing up ideas for the next party concoction!! 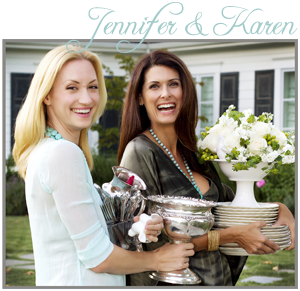